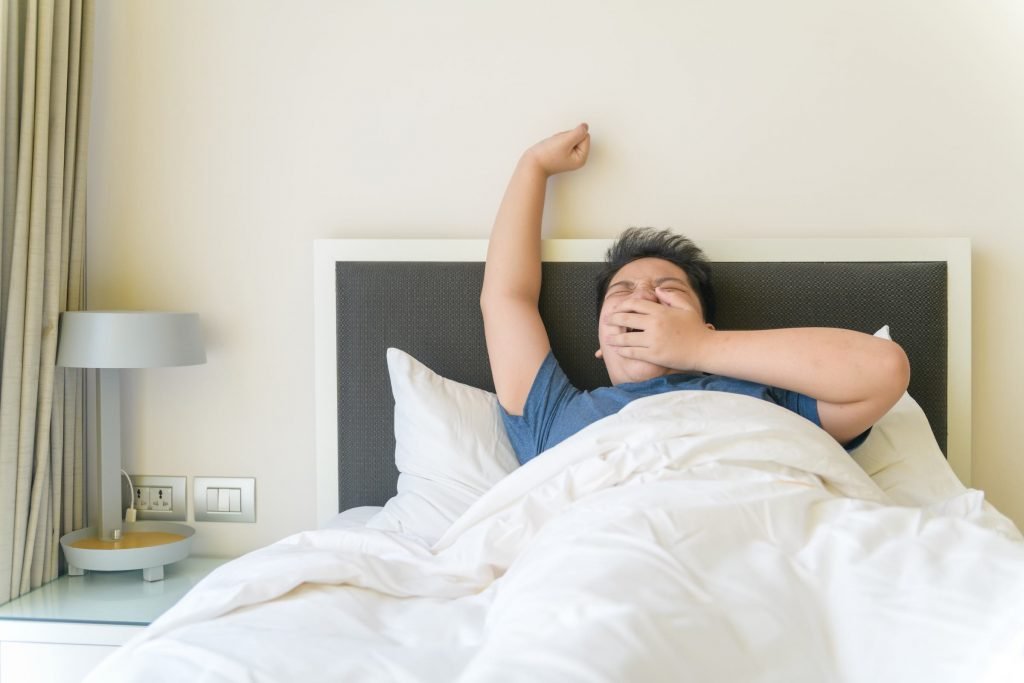 Obesity and being overweight can have harmful effects on your health, but how does being overweight affect your sleep and the likelihood of sleep issues? The unanticipated ways in which your ability to sleep may be hampered include snoring, sleep apnea, and restless leg syndrome.

Learn about the connections between weight and sleep by reading on.

Can Obesity Lead to Snoring and Sleep Apnea?

The most well-known effects of being overweight or obese on sleep are respiratory disturbances, which include snoring and sleep apnea.

The extra fat on your body works as padding and insulation. It often takes the form of a large stomach, a fuller face, enlarged hips, or more noticeable buttocks. It also conceals itself in areas that we cannot see, such as the base of the tongue and the area surrounding our airway.

The airway collapses due to the crowding and more weight pressing from the outside, such as a larger neck or a stomach which reduces lung volume.

Snoring happens when the flow is blocked. It is caused by noisy, disturbed airflow in your airway. If you have blockages in the way, such as larger tonsils or adenoids, a deviated septum in your nose, a short lower jaw (called retrognathia), or a large tongue, this may be more likely to occur.

Children are more likely than adults to experience issues from swollen tonsils.

Airflow can completely stop when the airway gets congested. Sleep apnea, often known as breathing pauses, will develop from this. Apnea, Greek in origin, means “without breath.”

A partial obstruction, also known as hypopnea, may happen when the problem is less intense. The apnea-hypopnea index is a summary of the overnight breathing patterns of individuals who have a sleep test performed.

It is commonly known that sleep apnea causes issues. There are signs that include increased daytime sleepiness and issues with memory, mood, and attention.

Additionally, there are more severe repercussions than sleep health. Your risk of diabetes, high blood pressure, and heart failure may all rise as a result. The risk of stroke and sudden death is increased in people who have sleep apnea.

Weight may affect sleep in ways other than respiratory issues. The hallmark of restless legs syndrome is nighttime leg discomfort accompanied by a strong want to move.

Restless legs syndrome can have a variety of underlying reasons, including pregnancy and iron deficiency. Obesity is one of the odd factors that has been linked to a higher incidence of restless legs.

In conclusion, it is evident that having trouble sleeping and being overweight or obese are related. The most prevalent ensuing ailment may be sleep apnea, which has a number of significant repercussions.

Since the combined effects of insufficient sleep and obesity might be harmful to your health, you should pay close attention to this complex interaction. That’s why you should focus on leading a healthy life to improve sleep and much more.

At the Strong Clinic, we are working hard to make sleep appliances accessible to everyone. Nancy and I are pleased to announce that we are expanding our locations to include London.