5 Sleep Myths That You Are Probably Ignoring 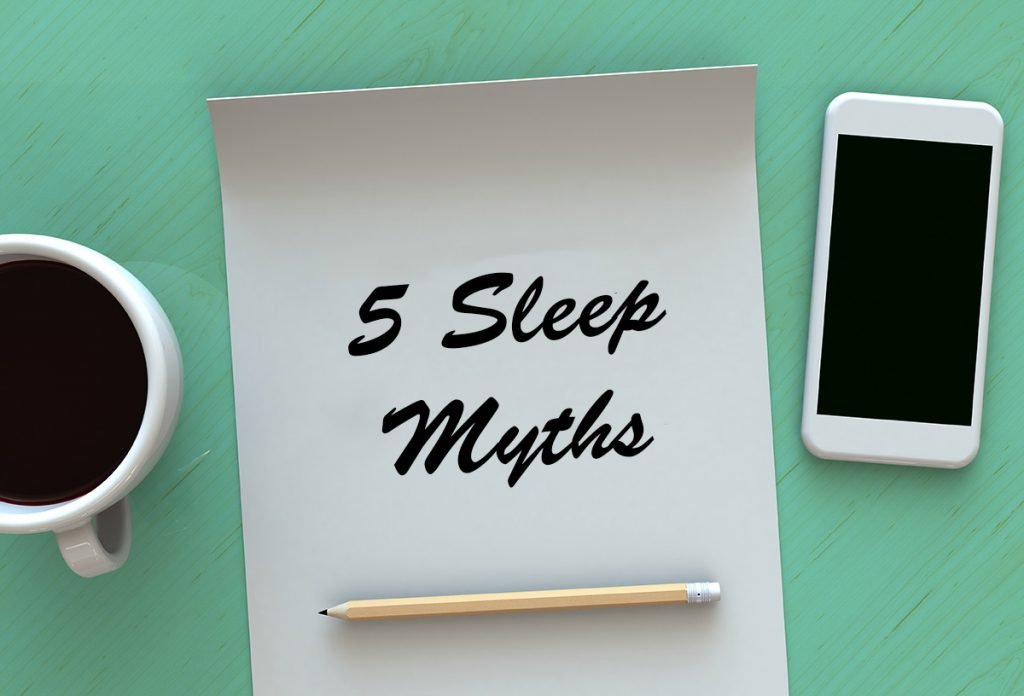 Regular, uninterrupted sleep, is just as important for human health as regular diet and exercise. However, sleep problems and sleep deprivation are commonplace in Western society.

According to the CDC, at least 35% of American adults don’t get enough sleep. Worse, while it is known that sleep deprivation increases incidents of obesity, cancer, and mental health problems, many people see a good nights rest as a luxury.

In Western society, irregular sleep cycles are appreciated as a side effect of hectic work schedules. However, this does not make sleep deprivation justified. Nor does this mean that chronic sleep problems can be ignored without risking severe health consequences.

In 2016, a survey found that 58% of workers in the U.S.suffer from chronic sleep deprivation.

Most adults require seven to eight hours of sleep each evening. However, reducing this down to six hours to manage work commitments is considered normal by many people. Most also believe that less time resting and more time in the office, makes them more productive. Sadly, nothing could be further from the truth.

Sleep Myth #2: Snoring is Normal & Not a Major Health Concern

If you snore when you are sleeping, you are not alone. In the United States, 48% of people snore when sleeping. However, many people don’t realize that snoring can be a symptom of more serious medical conditions like sleep apnea.

Not everyone who snores it at risk of sleep apnea. However, snorers should always consult with their MD if other symptoms ever accompany snoring.

Sleep Apnea Symptoms can Include:

The idea of getting seven to eight hours sleep each evening can seem like a luxury to many people. Because of this, many people believe that over time, the body can adjust to chronic sleep deprivation. Sadly, this isn’t the case.

When natural sleep cycles are interrupted, the body doesn’t react by reprogramming itself to function with less sleep. Instead, the body attempts to compensate by overproducing hormones like the hunger hormone ghrelin. In the long term, this can lead to increased risks of obesity, diabetes, Alzheimer’s disease, and even cancer.

Sleep Myth #4: People Who Lose Sleep During the Week can Catch Up on Weekends

People who struggle to get seven to eight hours sleep during the week, often try to recover lost sleep hours on weekends. Doing so is sometimes referred to as ‘sleep banking.’ However, while having a lie in can feel good, sleep banking simply isn’t possible.

Even if people sleep all weekend, lack of sleep during the week will still lead to overproduction of hormones like ghrelin. Moreover, extra rest on the weekend cannot realistically compensate for sleep lost during weekdays.

As demonstrated in sleep deprivation studies, participants who stay awake for several days at a time, still only sleep for approximately ten to eleven hours when they finally do rest. This being the case, when sleep is lost, it is lost forever.

Of the 35% of people in the United States who suffer from chronic sleep deprivation, 10% suffer from chronic insomnia. Worse, instead of seeking professional medical help, many people fall into a habit of self-medicating using drugs like alcohol and marijuana.

Sadly, the idea that alcohol and marijuana can help aid sleep is a myth. Both drugs inhibit natural deep sleep cycles and in time, can result in addiction and worsening of insomnia long-term.

Do People Really Need Eight Hours of Sleep Each Evening?

Most medical professionals agree that the average person needs seven to eight hours of sleep each evening. However, individual sleep needs vary from person to person.  That said, sleep problems like snoring, insomnia, and work-related sleep deprivation should never be ignored.

In the long-term sleep deprivation can lead to several serious health problems. This being the case, always seek professional medical attention whenever chronic sleep problems manifest.