The Simple Science Behind Sleep Apnea 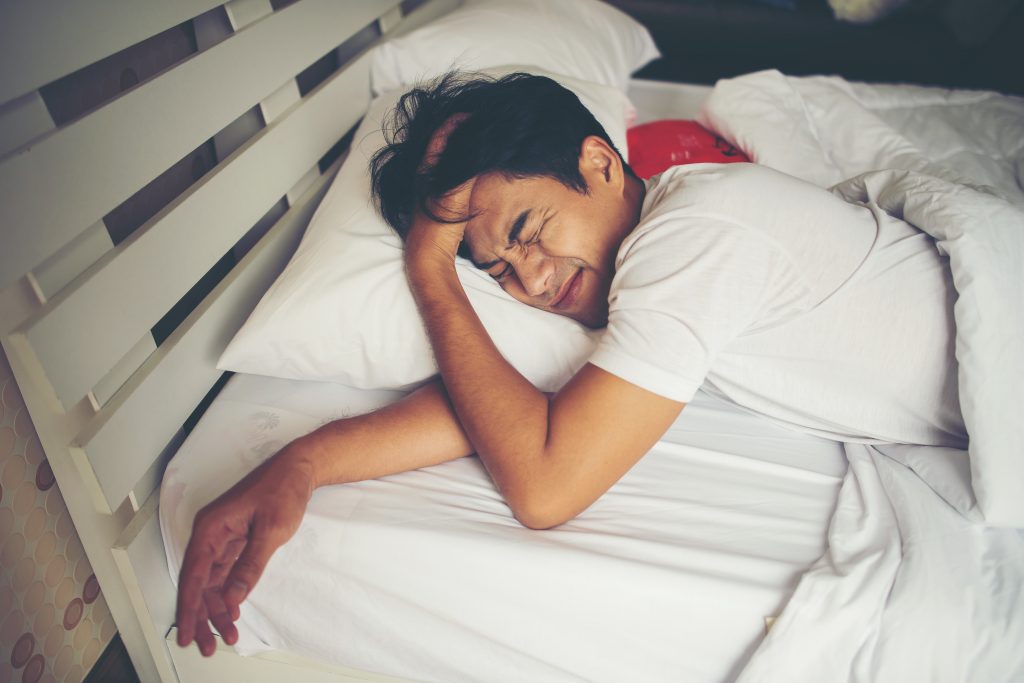 The main problem with sleep apnea is that your sleep cycles are interrupted.

When interference to the sleep stages occurs, despite the hours of sleep you get, you won’t feel fully rejuvenated.

Simply put, here’s a breakdown of what happens behind the scenes; in the first 90 minutes of sleep, your body experiences different stages of non-REM sleep and eventually you enter REM sleep, which is that deep stage of sleep that you want to be in. If the brain is disrupted through the night, it naturally resets itself and the process begins again, depriving you of that deep sleep.

This is very similar to what happens when you wake up in the middle of the night to use the bathroom or due to any annoying loud noises, like a baby crying or a phone going off. The next morning, you will most likely feel tired, even though you probably got the same hours of sleep as you normally do. When sleep apnea effects take over, though you don’t physically feel like you’re waking up, the mind actually does, so you get less of that deep sleep that occurs in the later cycles.

Let’s dive deeper into how symptoms of sleep apnea wake the brain up.

There are different types of sleep apnea, but essentially what happens is this; at certain moments throughout sleep, the mind thinks that you can’t breathe, which causes an alarming effect, waking you up.

The reasoning behind the misconception of not being able to breathe depends on the type of sleep apnea.

With Obstructive Sleep Apnea, the throat muscles relax to such a degree that air almost can’t pass through the airways.

On the other hand, central sleep apnea is due to miscommunication between brain signals and the muscles that control breathing.

In either case, the brain freaks out and is awakened causing the mind to restart the sleep cycle process. So again, even though you don’t think you’re waking up because your body isn’t, your mind actually is, which causes the same disrupting effects to the sleep cycles. The disruption to your sleep cycles is the reason you wake up feeling tired. However, the consequences of sleep apnea extend far beyond physical exhaustion.

Aside from daytime fatigue, there are many other severe health risks that come along with this condition, so it’s important to treat it seriously.

Oftentimes, the sleeper is unaware of the constant cutoff that occurs to their breathing during sleep since they aren’t actually awoken by it. The term apnea is derived from the Greek language and translates to “without breath,” so you can only imagine what kind of consequences are influenced by this. Untreated sleep apnea is not worth the risks associated, especially in comparison to the advanced technological solutions made easily available for treating sleep apnea today.

At the Strong Clinic, we are working hard to make sleep appliances accessible to everyone. Nancy and I are pleased to announce that we are expanding our locations to include London.